Interview of a patient treated successfully with L19-IL2 (EN)

“This scientific study was our salvation”

Warning: This is a summary of an interview of a real patient treated with L19-IL2. We have deliberately used a false name and we have changed the location and date to completely anonymize the data.

When Susan Smith (pseudonym) from Dutch Limburg was asked to take part in a scientific study in relation to immune therapy, it was immediately clear to her husband: “This will save your life! I think this is a very convincing study as I have only read positive things about immunotherapy on the internet”. And although Susan was quite worried about it, she finally said ‘yes’. Two and a half years later, she’s still cancer-free.

At the end of March 2016 (false date), the persistent cough of Susan Smith (57 years old) was found to be a symptom of lung cancer: an eight-centimetre tumour in the lungs and a metastasis in the pelvis. She quickly began the first of three rounds of chemotherapy, in combination with radiotherapy in Maastricht. Immediately afterwards, her doctor asked her if she would like to participate in the clinical study. Tired of the many blood tests in her veins, she was initially not enthusiastic at all. The installation of a port-a-catch, which would have prevented her from further venous perforations, proved impossible under anesthesia. But in the end, she said “yes,” much to her husband John’s relief.

Six cycles with side effects

On six occasions, Susan went through a three-week cycle. In the first week, she had to go to the Maastricht University Clinic on Monday, Wednesday and Friday for immunotherapy. During the second week, she experienced side effects. “Especially the kind of nerve pain in my arms that I found very annoying,” she recalls. Plus, the intense itching all over my body at the end of the evening”. But fortunately, no hair loss, no nausea or decreased white blood cells. The third week went well, after which she had to return to Maastricht a week later for a new “cycle”. When she finished the course at the end of August 2017 (false date), the side effects stopped immediately.

Since then she regularly goes through the scanner to see how the cancer develops. “So far it’s always stable, or under control,” says her husband John. “Then you are relieved every time. Of course, we don’t know how she would be if we hadn’t participated in the study. But we have had a lot of confidence in this and rightly so in my opinion.” They enjoy every day, even though life is less carefree than before the diagnosis of cancer. Susan doesn’t think that it was an issue to do animal testing prior to her immunotherapy. “But isn’t that what happens for all the medications we know? John thinks it’s important that scientists continue to look for better treatments, even if they can’t do so without laboratory animals for the time being.

“The results of Susan Smith were exceptional because I think there was very little chance that we could have achieved these results with the regular form of treatment. We know radiotherapy quite often succeeds in killing tumours locally, but if a patient already has a metastasis, it means that there are also tumour cells elsewhere in the body which will almost certainly later on develop into new tumours. This did not happen in this patient. In her case, we saw the same results as we had seen before in laboratory animals (https://clincancerres.aacrjournals.org/content/21/5/1151):  the tumors outside the irradiation zone also disappeared and no new lesions reappeared, even after the cessation of treatment.”. It is also fair to say that not all the patients respond as well but in our experience this patient was not a rare exception. This is certainly motivating to study this new treatment further in the context of the international ImmunoSABR trial funded by the European Commission (website: www.immunosabr.info).”

If you want to stay informed about ImmunoSABR project, please subscribe to our newsletter.

This project has received funding from the European Union’s. Horizon 2020 research and innovation programme under grant agreement No 733008 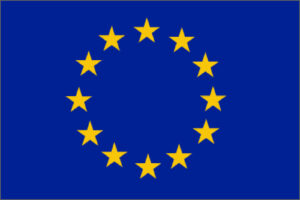